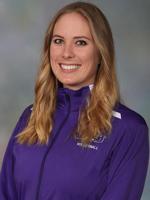 “Coach Brady was instrumental in my athletic and personal development.  He fueled my passion for the game as well as improved my skills.  I had the opportunity to play for Brady during my career at Niagara University and we have since stayed in close contact.  He provided me personal attention and helped me become a smarter hitter, teaching me how to outsmart the opposing defense with various shots.  He truly cares about every one of his players and wants to see them excel both on and off the court.  I’ve experienced a plethora of coaches in my 11 years of playing volleyball and Coach Bready stands out as one of the more qualified, committed and caring coaches.  He positively influences players both athletically and personally through his leadership, positive attitude, knowledge of the game and his drive to make each player the best they can be.” 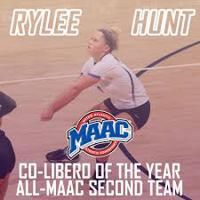 “The year Coach Brady came to coach at Niagara University was definitely a turning point for our program, which we owe him a lot of credit. For me personally, he definitely helped me better my play both physically and mentally. That season I was awarded the MAAC Libero of the Year award, which I owe him a lot of credit. He also helped me a lot in the off season with a lot of one on one help, which is where I definitely believe I took my game to an entirely new level. As a team, we made it to the MAAC championship tournament where we knocked off the reigning MAAC champions. He brought a lot of fun and energy to our program and we were definitely sad to see him go but happy to see him further his coaching career.” 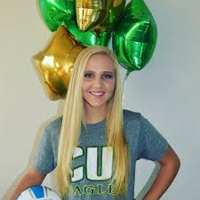 “Jonathan coached me for 2 years and I loved every second of it. Jonathan is the kind of coach I have been lucky to have. He is someone who has held me accountable but has also kept his cool and is a fun coach to be around. He encourages us to always work hard and do our best even when the conditions are tough. He’s been a coach I can go to with anything and he is able to answer any question I have. I’ve been lucky to not only call him one of the best coaches I’ve ever had but a friend and coach for life!” 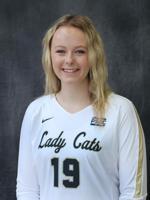 “I began playing for Coach Brady through the Colorado Elite Beach Program in 2017. I learned better from him than I did most Coaches because of how personable and dedicated he is to the game. The amount of knowledge he has about the game of volleyball is wild, I was constantly on my toes, eager to hear what new tidbits of information he had for me and my teammates. I had gotten used to the same drills and corrections from most of my previous coaches but Coach Brady came to so many practices and tournaments with brand new skills and breakdowns that I hadn’t been exposed to before. This grew my love for the game and intensified my drive to get better every time I stepped on the court. I would never have been the beach or indoor player that I am now without Coach Brady helping me grow so much through the 2 years with him as my coach.”